Where should I start, oh yeah people started to forget about Nintendo around 2010 when the Call of Duty black ops came out and the stupid Xbox-rip-off version of the remote sensor and sports games. Then when the Wii U came out in 2012, people we're still waiting for the 'Xbox 720' and the 'ps4' everyone said the Wii U sucked when they first heard of it. They haven't even tried it, the graphics the games the design are AMAZING! And the creative twists inside Mario and donkey kong. don't JUDGE A BOOK BY ITS COVER PEOPLE! In fact when my friends went to a party and they wanted to play the ps3, we played the Wii U instead and they said 'Mario isn't repetitive anymore' and they thought the Wii U is better than the ps3 and Xbox360. Also Nintendo is kinda forgotten now... But all the children shouldn't of switched to the Xbox and ps3. There's no children games on there and they just play Call of Duty and swear a lot. Of course the adults didn't hear about the Wii U because there weren't any ...more - Harri666

You know, if TLOZ: Skyward Sword was a launch title for this game instead of a Wii game released when the Wii was dead, I think it would've done much better!

The gamepad is not as bad as people say. Microsoft and Sony can make sequels but the second Nintendo makes a sequel... - HeavyDonkeyKong

We'll I agree with harri666 and the other guy, wii you has less powerful graphics because it's mainly designed for kids. Xb'one and ps4 is designed for teens and adults, but there's loads of kids on 18 and 16 games that just swear too often, it should be illegal for kids to play 18, 16 games. Xb'one in my opinion is crap, it spies on you and it's too similar to the Xbox360. I would buy ps4 if it was backwards compatible. Plus wii you has free online stuff and it is cheaper than the others, the ps4 and wii you are worth it. But the xb'one is a complete rip off.

This was really popular when it came out, and if this console didn't exist then most online services on later consoles won't exist. It became really unpopular as the Xbox and ps2 came out...

If the dreamcast sold better, sega would still be ehre and woul probably be the best developer powerwise (now that is sony) or at least feature wise the dreamcast wa sahed of its time it didn't have a lot of games but like the wii you those games were amazing especially shemnue. I miss sega's good old days... although that was before I was born... - HeavyDonkeyKong

If it's so bad, then why does it outsell the "superior" vita in every country? Simple, the console is just better due to less graphical demands and more dev friendly hardware. I'd rathe better games and price over better graphics and smaller screen any day.

Loads of Microsoft fans and Sony fans make up fake rumours that the 3ds causes eye problems. You only feel weird when you first use the 3d. Anyway Nintendo has made the 3ds a Pegi 7. Dr. David hunter says that it can cure children with depth problems

Wait what... It was criticized for being inferior? I thought it was the most powerful console back then!

This console is very underrated but is better than PS2/Xbox!

Often gets shoved to the side by people who claim it inferior to the PS2 and Xbox. However this console has it's loyal fans who still enjoy playing the games to this day.

It was criticized by some critics for lack of features...
Okay, what happened tot he tiem when the developers ahd no choice but to make it about the games and not the features? - HeavyDonkeyKong

Nah everyone likes the ps2

More Lists
Top Ten Nerf Super SoakersBest Dart WeightsBest Doll BrandsTop Ten Game Consoles ShapesGame Consoles That Look Like DVD PlayersBest Scooter Brands of 2014Best Skate Brands of 2014Top Ten Worst Things About DisneylandTop 10 Most Offensive Board GamesTop Ten Best Distortion/Overdrive/Fuzz Pedals
Click here to view the full version of this list on TheTopTens.com. There you will be able to vote, add comments, add new listings, or create your own personal "remix" of this list that will be factored into the list rankings. 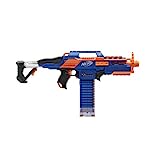 Most Innovative Yo-YosTop Ten Most Needed Supplies for BackpackingTop Ten Supplies You Should Have for Camping
Visit www.TheTopTens.com for thousands more top ten lists.©2005-2020 TheTopTens® All rights reserved.